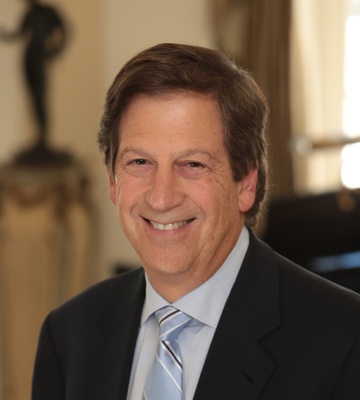 Prior to joining Cedars-Sinai, Dr. Gewertz served on the faculty at the University of Chicago (1981-2006). There he enjoyed a regional and national referral practice in vascular surgery and established a fully funded laboratory focused on cellular mechanisms of ischemia-reperfusion injury. In his very substantial body of basic science work, Dr. Gewertz was consistently funded by the NIH and American Heart Association and published his work in the most highly refereed research journals such as the American Journal of Physiology and Arteriosclerosis Thrombosis and  Vascular Biology. In specific, he characterized the patterns of autoregulation of blood flow in the heart, kidney and intestine. He developed a unique model of ex vivo perfusion of rat and then human intestine that added fundamental knowledge of the role of reactive oxygen specifies in the intracellular signaling during ischemia-reperfusion injury.

For the last 14 years of his tenure at the University of Chicago, he served as the Dallas Phemister Professor and Chair of the Department of Surgery. The Department included all surgical disciplines and more than doubled in size and revenues during his chairmanship. Federal funding was also substantially increased   (> 3 fold) to consistently place the department in the top 20 surgery units in the country.

Since joining Cedars-Sinai Health System in 2006, he has focused on ensuring that hospital operations support the institution’s academic mission. In his position as Vice-president for Interventional Services, he has provided professional leadership and oversight for our surgical and interventional operation which encompasses a large number of clinical venues and departments. A particular focus has been personnel and facility upgrades for a multi-disciplinary effort in vascular interventions that ensures that Cedars-Sinai is a national leader. This initiative incorporates vascular surgery, cardiology, neuroendovascular and peripheral interventions.

The Department of Surgery at Cedars-Sinai has added to its academic stature by targeted recruitments across all specialties more than doubling clinical revenues while expanding the clinical faculty by 50%. Five surgical clinical programs are now ranked in the top 3 in US NEWS and World Report including the #2 program in GI surgery and the #3 programs in heart surgery, urology, otolaryngology and orthopedics. Our annual NIH/DOD expenditures have increased from $250,000 per year in 2006 to more than $10M (direct and indirect) on a recurring basis.

In his role as Vice-Dean of Academic Affairs, Dr. Gewertz has been focused on enhancing interdepartmental and institute relations to further clinical and research achievements. He has been particularly interested in supporting academic recruiting and restructuring successful academic units into new departments such as orthopedics and cardiac surgery. More recently he has shifted to outreach to our new health system partners, assessing needs and building productive relationships.

Given his increased administrative commitments, Dr. Gewertz has established a new direction in his personal research and now focuses on the role of human factors in clinical performance and the importance of emotional intelligence in personal and professional development. The basic approach has been developing objective measures of efficiency and safety in diverse situations such as the emergent care of traumatic injuries and other surgical scenarios. He and his team have systematically developed and tested alterations in procedures and process, first in simulated environments and finally in actual clinical applications. They then repeat the objective measurements in practice to critically assess the efficacy of the new interventions prior to broad distribution. This rigorous process has been widely adapted by other institutions.

These efforts have resulted in more than 250 publications, significant grant funding (exceeding $4M) as well as prestigious speaking engagements indicating broad national recognition. His more than 175 external talks have included more than 29 named lectureships. He has become a national figure and advocate for physician personal development and methods to mitigate “burnout.” Along with David Logan, he authored a bestselling book on physician leadership (The Best Medicine: A Physicians Guide to Effective Leadership, Springer, New York, NY, 2015). Dr. Gewertz’ scholarship in this area, fully developed during his time at Cedars-Sinai, has been transformative in understanding leadership in medicine as an acquired skill that can be measured, evaluated, taught, and improved much like technical skills. He has additionally highlighted the value of strong leadership in all phases of medical careers, as well as the perils of failed leadership to both patients and healthcare systems.

In the clinical arena, he is nationally and internationally known for his personal excellence in the treatment of carotid artery disease and mesenteric ischemic syndromes. In particular, he has sustained a very large personal experience in carotid endarterectomy exceeding 800 cases with exceptionally good outcomes. His large clinical experience has led to authorship of two popular textbooks (Atlas of Vascular Surgery, published by Elsivier with now 2 editions in 7 different languages and Surgery of the Aorta and its Branches, published by Saunders).

Dr. Gewertz has received numerous prestigious awards for his basic investigations and teaching, and is widely sought on the lecture circuit. He is Editor Emeritus of the Journal of Surgical Research and is consistently included in Best Doctors in America, Who’s Who in America, and Who’s Who in the World